Dragon Boat Festival in Chinese language is called “Duan-wu Jie”, as well referred to as the “Double Fifth Festival”. It takes place on the fifth day of the fifth lunar month, which corresponds to different dates in modern Gregorian Calendar. The Dragon Boat Festival symbolizes the official beginning of summer and is one of three major traditional national holidays in China. 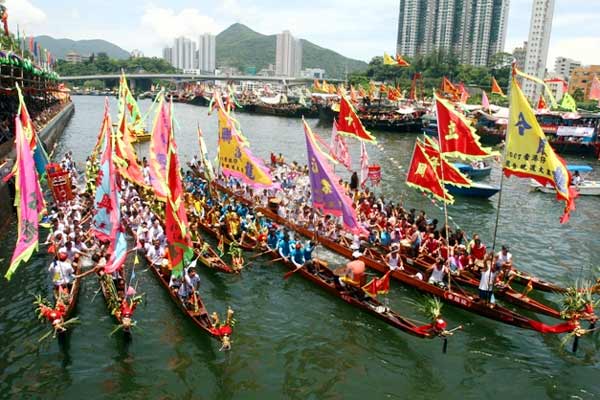 The origin of Dragon Boat Festival can be dated back to the Warring States period (a war period during the coexistence of several dominating states) in ancient China, and a patriotic story was involved. The hero in the legend was named Qu Yuan, a great Chinese poet and minister, and a passionate patriot, who was serving the State of Chu at time.

Qu Yuan was loyal and faithful to his majesty and his nation, and he made political suggestions solely in his nation’s interests. However, the political body was corrupted and Qu Yuan was slandered. The king didn’t believe in him or take his patriotic suggestions, instead, he expelled Qu Yuan from the country.

During Qu Yuan’s life in exile, he was anxious and worried about his nation, and he spent much of his time writing poetry expressing his concerns for his nation. He was disappointed by the corrupted politics in his nation, and became depressed as his nation became weaker. Even though Qu Yuan was not rightfully treated by his majesty, he was still patriotic to his nation. One day, learning that his capital had been captured by their enemy, Qu Yuan was desperate. He held a rock and committed a ritual suicide, by drowning himself in the river. He was protesting against that corrupted era.

The local people, who admired Qu Yuan, grieved over his suicide, and raced out in their boats to save him or at least retrieve his body. Meanwhile their boats were decorated as dragons to scare away the fish from Qu Yuan’s body, as the dragon is considered to be the ruler of rivers and seas. This is said to be the origin of Dragon Boats Racing. To their dismay, the people were not able to find Qu Yuan’s body, and all they could do was to throw sticky rice balls into the river, hoping that they could feed the fish so that the fish would not eat Qu Yuan’s body. Those sticky rice balls are what we call “zong zi” today.

“Zong zi” is usually cooked by steaming or boiling, and it is a very traditional Chinese food, especially and commonly served on Dragon Boat Festival. To be more precise, “zong zi” is made of sticky rice stuffed with different fillings (either sweet or salty),  wrapped in bamboo, reed or other large flat leaves, and beautifully tied with colored threads. 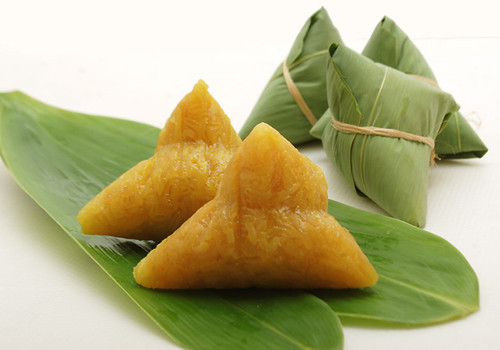 Besides eating “zong zi,” another popular activity on this holiday is to watch/participate in dragon boats racing. Dragon boat, as the name suggests, is decorated in the form of Chinese dragon, which is a traditional Chinese mascot. The sizes and particulars of dragon boats vary across different ethnicity groups in China. One of the most common types of dragon boats in racing is the team of every boat consists of about thirty paddlers and a drummer, who sets the rhythm to support the fighting spirit of the squad. The racing of dragon boats is extremely beautiful, exciting and thrilling. During the race, the boats look like fire-breathing dragons speeding on water to gain victory with enthusiastic cheering.

The Dragon Boast Festival has become known all over the world, and it is attracting people from different countries to China to enjoy this particular atmosphere and cultural experience.

Especially regarding dragon boats racing, nowadays it has even become extremely popular in countries outside of China. The boat competition is not only a Chinese tradition, but also an internationally recognized sport activity, prevailing in over thirty countries in the world. 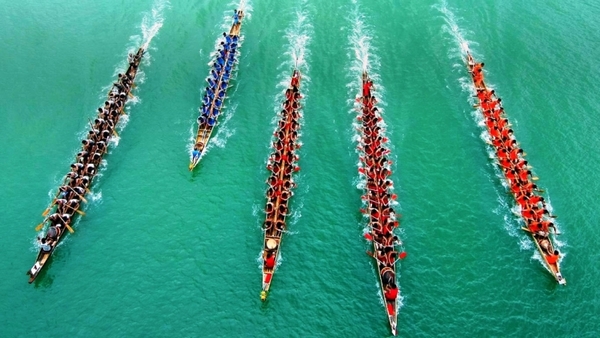 We welcome you to watch the videо to experience the unique atmosphere of the festival and to witness its charm, enthusiasm! Be ready to be wowed by how beautiful and extraordinary it can be: watch the video!

This article describes only a small part of the greatness of Dragon Boat Festival and its ancient traditions. In our next articles we will take you to learn about gifts people make to each other during this festival, how people prepare for racing events in different countries, and many other traditions and interesting facts about various Chinese holidays.

← Choosing Pu-er on Taobao. Part 2
How to add items and create a new order →