The brightest and most joyful holiday in the Chinese calendar comes to us with the main autumn full moon.
Mid-Autumn Festival or Zhongqiu – 中秋节 (“Moon Festival”) is considered one of the most important traditional celebrations in China. At the time of Zhongqiu, every Chinese person attempts to reunite with his relatives, meet friends, and also find time for admiring the moon.

The festival falls on the 15th day of the 8th month of the lunar calendar. This year we will celebrate this beautiful holiday on September 10, and on September 29 in 2023. 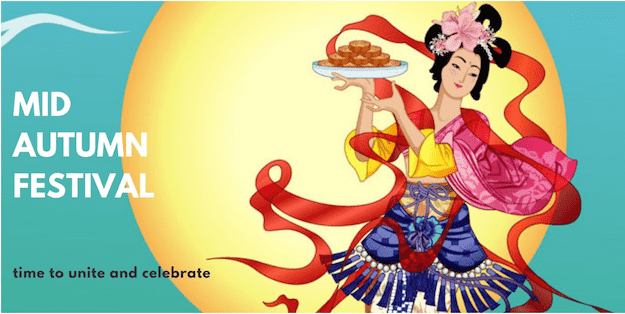 The Mid-Autumn Festival has been around for more than 3,000 years. In ancient times, people believed that honoring the moon and going to dinner together would bring luck and happiness to the house. Nowadays the holiday is still popular and recognized across all China and among other nations, such as the Japanese, Vietnamese, Koreans, Filipinos, and many others.

There is a very romantic tale that explains the essence of the holiday. It is about a hero Hou Yi and his wife Chang’e.
In ancient times, ten suns appeared in the sky days and nights, burning the entire harvest and bringing disaster to people. A hero named Hou Yi brought down nine suns from the sky and demanded the only one left to work on schedule. For that, he was honored by his people and even awarded with an elixir by Heavenly Empress which would turn him into a god to live in the sky to eternity.

Being deeply in love with his wife, Hou Yi did not want to become a god and leave his wife behind, so instead of taking the elixir, he asked Chang’e to keep it at a secure place. One day while Hou Yi was out for hunting, one of his students, Feng Meng, threatened Chang’e to hand over the elixir. Chang’e had no way to escape that she drank the elixir. At that very moment, she floated in the air up higher and higher. As Chang’e missed her husband so much, she landed on the Moon, the closest planet to earth, and became the goddess on the Moon.

Hou Yi returned home and heard about the incident. He was drowned in deep sorrow and couldn’t help calling for Chang’e in the sky. This day was the 15th of the 8th month, the moon was extremely bright. Hou Yi as if saw the figure of Chang’e in the moon, so he asked his servants to set up altar to worship her up high in the moon to express his missing. Soon people learned that Chang’e had become the goddess of the Moon, they all started worshiping her and praying for wellness and propitiousness. This then became a common practice passed down years over years. 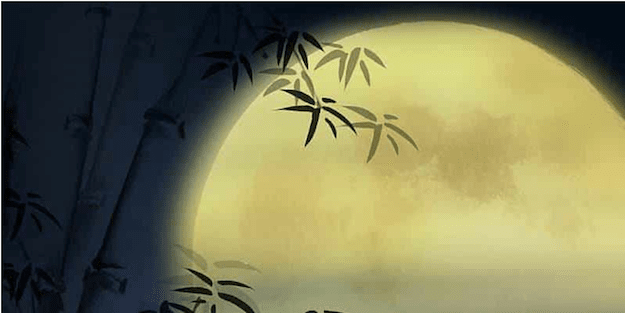 The most important symbol of this holiday is the mooncake. The traditional mooncake is round (10 cm in diameter) or rectangular (4-5 cm long). It consists of puff pastry and a filling of egg yolk or a paste of lotus seeds, which creates a combination of sweet and salty tastes. When the mooncake is cut into pieces, the yolk looks like a round moon.
Mooncake is a symbol of completeness and togetherness. Chinese prefer to eat mooncakes together with their families and friends, and they also often present the cakes to express their love and wish for long and happy life.
Although typical mooncakes are quite small, some mooncakes are as large as 8 meters in diameter! The 2007 Guinness World Record shows that the largest moon cake was presented in China, with a diameter of 8.15 meters, a thickness of 20 centimeters and a total weight of 12.98 tons! 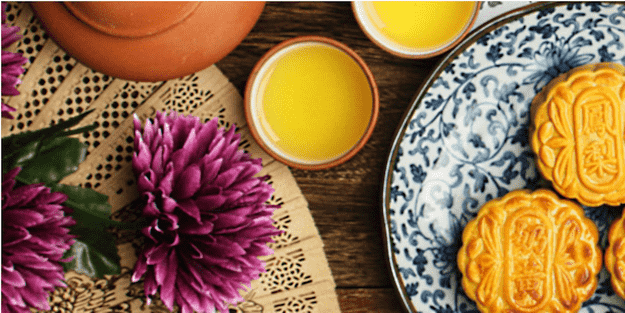 The mid-autumn moon has traditionally been a great occasion to celebrate marriage. In Chinese mythology, the god of the Moon is responsible for love and marriage. So during this time lots of couples wish to unite their lives and become spouses, hoping for divine patronage. Thus, the moon festival is a festival of prayers for love and happy marriage.

During the centuries, the folk created a tradition of making and hanging lanterns. This custom is especially honored during the Mid-Autumn Festival. Of course, there are commercial variants, but many adults and especially children are fond of making lanterns. They make lanterns in various forms, and let them float along rivers or fly in the air, where they shine in the middle of the night, creating a breathtaking sight and filling the whole surroundings with a special feeling of celebration. 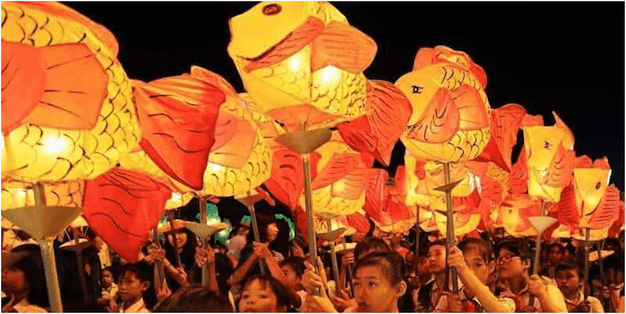 Time to unite and celebrate

All these simple traditions cover the most significant meaning of the Mid-Autumn Festival – reunion. This holiday gives people a great opportunity to meet their loved ones and enjoy time together, share a reunion dinner, and cherish the Moon beauty together. Thoughts about the full moon warm the hearts and souls of all people and give them hope and inspiration for new meetings, new initiatives and achievements, and faith in a happy future.